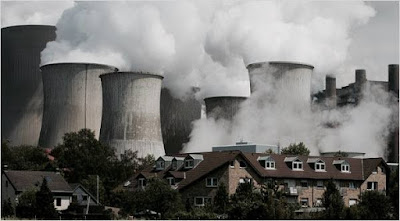 Republicans in the House and Senate deny climate change exists, that it is man-made, or that it is significantly influenced by man-made events, to the tune of over 50% of their party members in Congress. Due to that political environment (among many other poor justifications for this action, or, rather, inaction), the Supreme Court has issued a stay (pending further legislation) on The Clean Power Plan.

There is no sound excuse for this stay. Republicans in Washington and elsewhere say that The Clean Power Plan threatens coal and oil jobs. Jobs relating to fossil fuels are a dying prospect, and it serves these workers to get re-trained now in clean energy, the job producer of the future.

Jobs such as manufacturing, distribution, construction and management abound in the clean energy and clean transportation industries. Just creating a wind or solar farm, biomass/ biofuel plants, sustainable mass transit for cities, alternative fuel for cars and buses, and working on the development of an alternative fuel infrastructure, involves hundreds, if not thousands, of jobs from each of those sectors in clean energy industries. Jobs are created as the energy farms are constructed and the energy harvesting mechanisms are developed and transported. More jobs are created as the energy farms are maintained and energy efficiency concerns on the farms are addressed.

Many jobs which are produced by efforts from states to comply with The Clean Power Plan actually remain in the fossil fuel industry. One example is combined cycle and combined heat and power plants (which often use natural gas, or a gas/ renewable energy mix). Another is carbon capture and sequestration/ carbon capture use and storage (coal and petroleum).

This Clean Power Plan was originally proposed by the Obama administration and the EPA, and in effect last year from August 2015 until it was paused by the Supreme Court in Feb. 2016. The CPP limits the carbon pollution produced by fossil fuel power plants when the plan is implemented and enforced as well as incentivising the use of renewable energy and energy efficiency measures. The Court should lift the stay, so that The Clean Power Plan can move forward with its full intent.

Early acting states get extra credit toward their overall emissions targets. The exact targets will be determined by further legislation as the stay is lifted (assuming the stay is lifted sometime soon after Democrats do well in the upcoming election, which is a pretty safe assumption).

Elements of The Clean Power Plan are still being moved forward upon, and the momentum from before the Supreme Court stay is being continued, despite the stay, by as many as 20 states. These elements include carbon pollution reduction/ limits for existing fossil fuel power plants, increase in development of carbon capture and storage in new plants, the use of natural gas combined cycle plants (vs. traditional fossil fuel plants), the expansion of renewable energy projects and carbon neutral construction. The reduction of coal burned in power plants, in general, is an important factor: utilities-cut-coal-use-amid-clean-power-plan-fight

For example, California is leading the way with a statewide goal to run on 30-50% renewable energy (even up to 100% in some cities), as well as committing to aim for zero-net energy (ZNE) buildings for all new construction within the next 10-15 years. Many utilities, also, such as Duke energy in North Carolina, see the light, and are setting ambitious goals for including 25-40% of renewable energy sources in their energy mix. SDG&E in San Diego, California, offers 50% and 100% solar energy programs to their customers as options for their energy source from the utility. This program is surely an excellent example of the future of energy in the states.

*over the long-term, natural gas burns cleaner than coal and oil; but the short-term release of methane into the atmosphere from the burning of natural gas is a much more potent (shorter lifespan) greenhouse gas than CO2.
Email Post
Labels: carbon neutral energy efficiency EPA fossil fuels renewable energy 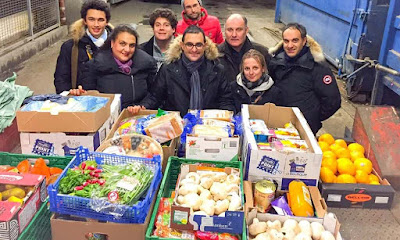 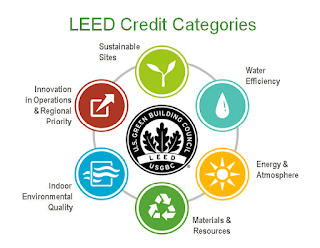